The Connor Brothers is the pseudonym of  british artists duo Mike Snelle and James Golding. They met when studying in Cambridge. Their signature style is the the collage technique because the layered, fragmented form allows them to transform the meaning of vintage romance novels and old masters paintings. 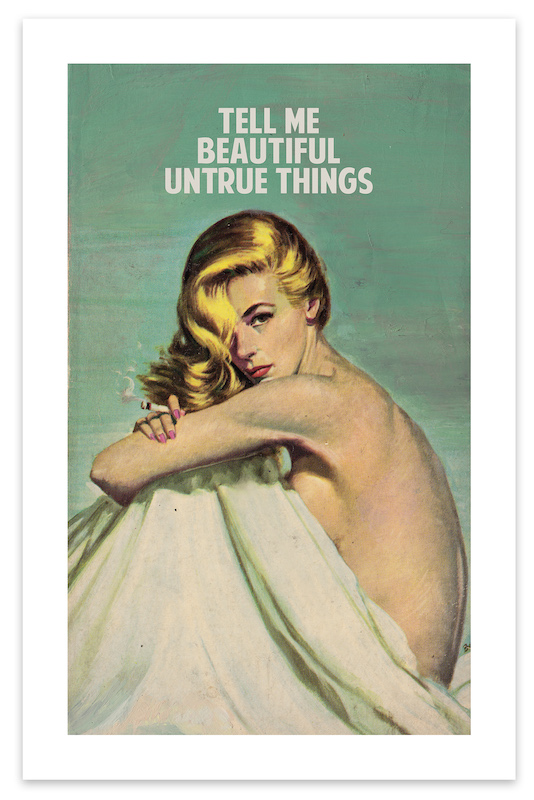 Originally the Connor brothers presented themselves as american twins. In their fabricated bio they called themselves Franklyn and Brendon Connors brought up within a pseudo-christian cult known as The Family whose leader, David Berg, practiced a fanatical, perverse form of Christianity. The stated that at the age of 16 they escaped to New York, where they developed a methodology to understanding the outside world.

In 2014 their real identity was opened with the article published  in popular UK daily paper Telegraph. The pair are known for their playful hoaxes. They have created a fictional museum  – The Hanbry Collection, which fused truth and fiction in a such way as to render it impossible to work out which exhibits were real and which were not. This obsession with truth and fiction can be seen throughout their work and is particularly relevant in the current climate of fake news

The british duo are also activists. They have been amongst the most prominent artistic voices to comment on the refugee crisis.

The Connor brothers have exhibited in New York, Dubai, London, Hong Kong and Berlin. They artworks now could be found in major public and private collections including V&A Museum.